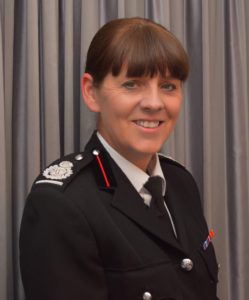 Alex Johnson was appointed following a selection process which included a written application and panel interview with members of the Fire Authority.

“In addition to her obvious talent in managing and developing people, she also has a firm operational background – which has been admirably demonstrated recently through her command of the fire service’s response to the widespread flooding which has hit our region.”

“Fire Authority members would like to thank James for the experience and leadership he has demonstrated in the role of Chief Fire Officer over the last eight years and wish him all the best for a long and happy retirement,” said Robert.

Alex said: “I inherit a successful organisation full of brilliant, talented people who are proud of the part they play in making South Yorkshire safer and stronger. Leading this organisation is the honour of a lifetime and I will do all I can to make the service a brilliant place to work, which delivers outstanding results for the communities we serve.”