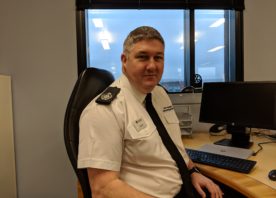 Responsible for: Tony was appointed Deputy Chief Fire Officer in 2022. Following his role as Assistant Chief Fire Officer in 2019. He had been fulfilling the role on a temporary basis, having first joined South Yorkshire Fire & Rescue in 2000. He began his career as a firefighter in North Yorkshire in 1992.He’s built up a broad range of experience within the fire and rescue service- overseeing areas including community and business fire safety, workforce development, training and data and performance. He’s also acted as a workplace mentor to other leaders within the fire and rescue service.