Well done to fire crews from Birley Moor and Tankersley fire stations who have rescued a horse which was stuck in a ditch.

The crews were called to the incident on Chapel Street in Mosbrough, Sheffield  just after 9am on Monday.

The horse, named Cruz, had slipped and was trapped in a narrow gap unable to get back up.  With the help of a vet and the owner, crews were able to get an animal sling around Cruz and drag him out.

Once out he was able to stand up and is now recovering from his ordeal. 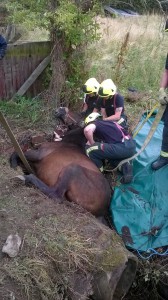 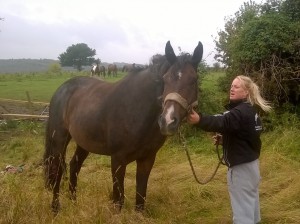