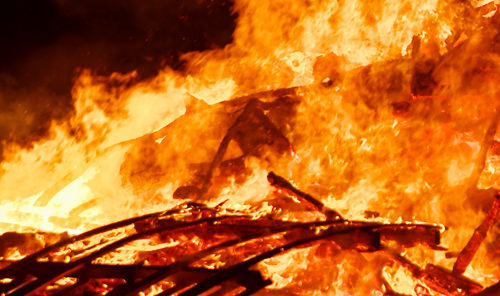 Four fire crews from Maltby, Rotherham, Edlington and Dearne stations were called out to a road traffic collision at 7:55pm on the M18 J2/A1(M) J35. The incident involved a car and a HGV. The crews left the scene at 8:35pm.

A car was deliberately set on fire at 11:40pm on Windhill Drive, Staincross, Barnsley. Firefighters from Cudworth station attended the incident. They came away at 12:25pm.

Doncaster firefighters were called out to a deliberate car fire at 2:10am on Morley Road, Back Road, Wheatley, Doncaster. The crew left the scene at 2:40pm.