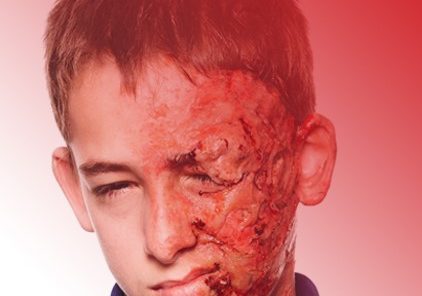 South Yorkshire Fire & Rescue is thanking people across the county today (Monday 12 November) for their support during the bonfire period – with fireworks now being off general sale.

Crews from across the county dealt with the same amount of overall incidents on bonfire night this year than last – but saw a 16 per cent reduction in the number of ‘secondary fires’ they were called to during the course of the evening.

Preventing secondary fires, which include things such as deliberate rubbish and bin fires, as well as out of control bonfires, was a key focus of the service’s work during Operation Dark Nights.

The joint annual initiative, which was launched last month in partnership with South Yorkshire Police, saw officers from both organisations visiting schools across the county to talk about a range of things including peer pressure, the dangers of playing with fire and misusing fireworks.

It also saw parents urged to talk to their children about these dangers and the potential consequences of carelessness and deliberate fire-setting.

The activity ran from mid-October until the week after Bonfire Night itself, to account for any late bonfire parties, and whilst officers welcome the reduction in secondary incidents in comparison to the previous year, they are still urging people to take extra care over the coming months.

“A lot of work took place in the run up to bonfire night and I’d like to thank the public for their support, its pleasing to see that we’ve not seen an increase in incidents attended and have actually had a reduction in some areas, but it is important that we don’t become complacent,” said Area Manager Steve Helps, head of the joint police and fire community safety department.

“As we enter winter we’re continuing to urge parents and other responsible adults to have those 5 minute conversations with their kids to find out what they’re upto and outline the potential consequences of playing with fire.”

Fireworks (including sparklers) can only be bought from registered sellers, for private use, between 15 October and 10 November. They can also be bought between 26 to 31 December and 3 days before Diwali and Chinese New Year. Outside of these dates they can be purchased from licensed shops.